I am aware that many people are going to say “wait, stop mixing apples and oranges”. You’re trying to compare Bruce Lee’s kung fu with an ancient Siamese martial art?

Well, my answer is “yes”, and I know what I’m doing. I have already compared the most popular sport from Thailand with Pencak Silat, Wing Chun, and other disciplines, this is gonna be another piece of cake for me.

There are a lot of similarities between Muay Thai and Jeet Kune Do. Thai warriors fight toe-to-toe and strike directly – you’ll rarely see whiffing or looping hook for example. In this version of kung fu, you’ll see so many similar strikes to Thai boxing.

Let’s get on with Muay Thai vs Jeet Kune Do comparison. I bet you’ll be shocked at the end of the article.

The Origins Of Jeet Kune Do

Bruce Lee is the creator of Jeet Kune Do. Lee used to be an expert in Jun Fan Gung Fu, but after a clash with Wong-Jack Man, he realized that binding yourself to one martial art was an error and created his fighting style in 1967.

Yet, Lee claimed that he “hadn’t discovered a new system, but hoped to free his followers from clinging to styles, patterns, or molds”. Bruce also said that he considered Jeet Kune Do as a martial art of “simple, non-classical, and direct movements; where the extraordinary part lies in simplicity”.

The Principles Of Jeet Kune Do

In Jeet Kune Do, strong offense leads to the best defense. The principle of “intercepting fist” comes to the fore, where the JKD fighter can also perceive or intercept “the verbal cues” of his opponent and use them to his advantage. Subtle movements are the key to interception.

There are five original ways of the attack – JKD’s original five ways of attack are:

JKD’s defense is mostly based around “stop hits & stop hits” and “simultaneous parrying & punching” philosophy, and single fluid motions where you “defend a strike to land a strike at the same time”.

Lee was obsessed with the principle of interception, so the majority of Jeet Kune Do’s moves are based on explosive transitioning from defense to offense. JKD practitioners believe that the person who controls the centerline wins the fight. This concept was very popular in MMA too but it changed with the arrival of Jon Jones to the light heavyweight throne.

Both Muay Thai and Jeet Kune Do aren’t modern martial arts, so there are many mutual elements. I am discussing the six most similar areas in the paragraphs below.

One of the greatest Muay Thai vs Jeet Kune Do similarities is controlling the center line. In Muay Thai, fighters rarely move laterally, unless they are veterans or very experienced fighters.

The majority of them work on toe-to-toe combat skills, pushing the opponent to the ropes, and punishing him until the referee waves off the contest.

The greatest number of JKD moves are based on step-drag forward and backward, while angle creation/change is pretty much rare. The new, modern Muay Thai fighters, especially the ones who participate at ONE FC tend to move more and more laterally. Yet, the footwork between these two martial arts is pretty much similar.

The economy of motion (efficiency, directness, simplicity) is the third similarity between the two styles. In JKD, you always try to hit the target, conserving both energy and time, without too much feinting or complicated moves.

It’s Not About Evading

Muay Thai fighters rarely stay away from the line of the attack, they rather choose to eat a shot and land one in return.

There is a similarity between Jeet Kune Do and the ancient Siamese martial art, as JKD warriors mostly block a strike to land one at the same time. Both styles rarely evade shots and rather choose to stop hits instead.

And finally, the number six on the list of Muay Thai vs Jeet Kune Do similarities refers to combos. JKD fighters rarely attack with one knockout strike. Level change combos matter a lot. Thai fighter usually changes at least two levels (head-leg or body-head) in one combo, while JKD fighter tends to do the same whilst attacking.

Bruce Lee was adamant that fighting techniques should be incorporated based on their effectiveness in real fight situations. For example, you can use the majority of Jeet Kune Do strikes on the street effectively, even when you square off against a heavier and stronger guy. He was focused on self-defense and survival situations in the first place.

Yes, Muay Thai is all about competition, but don’t be fooled. You can use the majority of Thai strikes in the street, especially knees and elbows. Technically, this is a similarity and a difference, but a Thai boxer should have good chances to defend himself in the street unless the bout gets dragged to the ground.

Jeet Kune Do is a pretty much unique kung fu style. In some areas, it has no similarities to Thai boxing at all.

In Muay Thai, you don’t parry a punch and land the counterstrike at the same time. You block and continue attacking, or, in some cases, duck and counter the incoming foe.

The philosophy of Jeet Kune Do is based around blocking punches or kicks and countering your opponent with a different limb at the same time. You don’t have to hit super-hard, but interception comes first.

The low kick philosophy is way different. In Muay Thai, you are trying to destroy your opponent via a violent shin to the inside or the outside of the thigh. Hitting to the calf is mostly not allowed (MMA fight is different).

Yet, Jeet Kune Do low kick strategy is based on directing the kicks towards the foe’s shins, knees, thighs, and mid-sections (similar to Wing Chun). While JKD focuses on the targets closest to the feet, Thai boxing is all about the damaging opponent’s ischial nerve or adductors and disabling him to continue the bout.

The straight lead principle gives Jeet Kun Do a bad name in the world of martial arts. Why? Well, it is very hard to counter “a spammer”. For example, in an MMA bout, a fighter who constantly jabs is a very hard opponent to beat unless you drag the bout to the ground. He creates more damage, which leaves a better impression on judges.

On the other hand, Muay Thai fighters don’t use their leading hand that much, while their leading leg mostly serves to check low kicks and push the opponent with a teep or a sidekick.

Non-telegraphed punch is a trademark of Jeet Kune Do – Bruce Lee believed that explosivity mattered the most. Lee constantly talked about “keeping his body relaxed, arms loose, and catching the opponent off-guard”. Bruce was heavily against the slightest twitches, “get-ready poses”, or any kind of movements before the attack because it’d discover your real intentions toward your enemy.

In Muay Thai, fighters are not relaxed, and you can see some strikes miles ago. Damage matters way more than a surprise.

For example, if you take a look at Michael “Venom” Page, whose original martial art is a style of Kung Fu, Lau Gar, you’ll notice that he’s all about quickness and surprising attack.

This is different from Muay Thai because nowadays it is a sports discipline with a strict rule set. Yet, ancient Thai boxing had a kinda similar philosophy.

I’ve reached the end of my Muay Thai vs Jeet Kune Do comparison. As well as you see, both martial arts are based around the center line and top-notch footwork, plus they rather choose to eat shots over evading a strike.

But Jeet Kune Do practitioners like to block and counter simultaneously, plus they stick to quick leading limb and stay away from telegraphing. In Muay Thai, the damage is the most important parameter, while JKD puts fluidity and reaction time to the fore.

I bet you’re surprised after reading this article. Who’d say there are so many similar aspects of the game between these two martial arts? Oh, did I miss something? 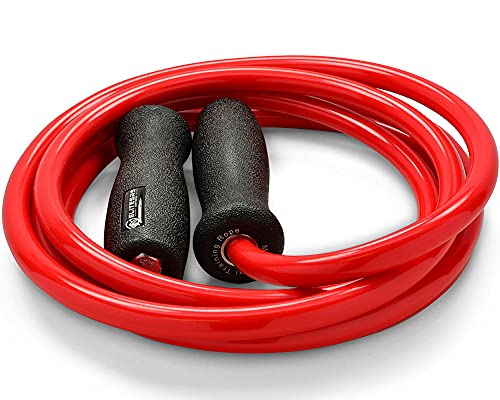 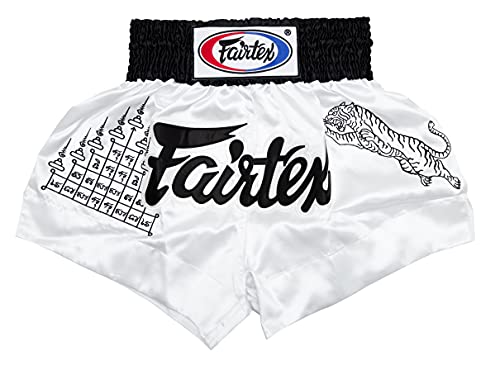 Hello again, I am here for the Muay Thai Vs Savate comparison. Before you start saying that I mixed apples and oranges, I must say that I understand your arguments. Different pieces of training equipment and rules are a perfect argument. But have you ever thought of the similarity between

I’ve always been fascinated with the defensive aspect of Pencak Silat. The Indonesian martial art turns you into a real ninja. It was very useful before firearms, as Silat masters were trained to battle with and against all kinds of weapons. They would’ve had a solid chance of defending themselves

There are many great martial arts all around the globe, but I believe that a great Muay Thai fighter could piece up everybody on their feet. Street fights are stacked with cheap shots and hits to the weak areas of the body, but in the ring, Thai boxing gives you

Muay Thai and MMA are different disciplines. There is a huge equipment difference between the two martial arts. Yet, I’ve heard many people saying that an MMA glove could be similar to a Thai boxing product. Well, you can train the similar aspects of the game in the training session.